Warm congratulations on the successful signing of the funeral integration project in Huichuan District, Zunyi City! 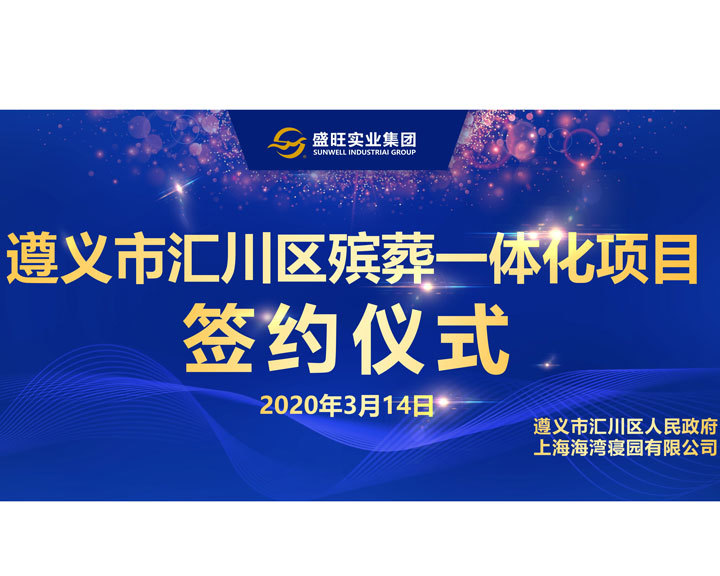 The main venue of this video signing ceremony is located on the second floor of the Big Data Center in Huichuan District, Zunyi City, and the branch venue is located in the conference room of the Shanghai Shengwang Industrial Group Headquarters Building. The signing representatives of both parties gathered in the "cloud" and signed an online contract through a large screen.

When Gao Heng, deputy head of the People's Government of Huichuan District, Zunyi City, and Xu Cailin, vice chairman of Shanghai Shengwang Industrial Group, raised the contract and faced the camera, warm applause broke out at the two venues at the same time. Under the epidemic, relying on the Internet to carry out "no meeting, screen to screen" signing, what is isolated is the spread of the epidemic, and what is seen is sincere trust.

● Planning concept: Adhere to the people's livelihood orientation, fully reflect the service concept of "benefiting the people, serving the people, and facilitating the people", adhere to and deepen the reform of funeral and interment, and promote the healthy development of the funeral industry. "Respect nature, respect local funeral customs, advocate green environmental protection and ecological conservation. Respect the law of urbanization development, and provide civilized, warm and convenient funeral services."

● Planning goal: According to local conditions, combined with the characteristics of local traditional houses in Guizhou, form a new "village" and "homeland". It maintains the formal beauty of traditional architectural communities built on mountains and rivers. In the design, the expression of modern architecture and traditional elements are integrated and innovated to create a new business card integrating funeral services with beautiful scenery, complete functions, complete facilities and first-class services.